Regulation of medical devices, alcohol policy and responsibility for migrants’ health care – these were the main topics of the meeting EU ministers of health or their deputies and the Europe health commissioner which took place on Friday 19. June in Luxembourg. Ministers had met in the health section of Employment, Social Policy, Health and Consumer Affairs Council (EPSCO). The Czech delegation lead by Tom Phillipp, deputy minister for health insurance, had raised some formal and technical concerns regarding the upcoming amendment of the regulation of medical devices and in vitro diagnostic devices.

In 2012 the European Commission presented a package consisting of two legislative proposals aimed at modernising EU rules on medical devices and in vitro diagnostic medical devices. The aim was to modernise the current legislation, to ensure that medical devices are safe and that new innovative device reach patients in timely manner. The medical devices cover a broad range of products: from plasters and pregnancy tests to most sophisticated pacemakers, X-ray machines or genetic tests.

The main reasons for modernising Europe legislation are especially recent scandals, for example with artificial hip joints – metal-on-metal type or faulty silicone breast implants. It is obvious that existing rules, dated back to the 1990s, has not kept pace with more and more sophisticated products.

According to European Commission it is not always possible to find out who produced medical devices which are being sold in the EU. There is also a shortage of information about the products and clinical proof of their safety and efficiency. The use of different systems of registrations in various countries makes it even more difficult for producers who want to market their products in more than one country.

Unlike pharmaceuticals, the medical devices and in vitro diagnostic medical devices are not subject to pre-market approval procedure. Depending on the individual product, the risk assessment can involve e.g. laboratory test or a national standards authority which would perform the assessment. The rules which determine the control vary from one country to another.

What will bring the new European regulations?

The new proposal divides in vitro diagnostic medical devices into four categories depending on the risk. The risk level would determine the obligations placed on manufactures, the requirements for clinical investigations and clinical evidence and the requirements for market surveillance by national authorities.

Under new legislative each business would have to appoint a qualified person in charge of ensuring compliance with the requirements. Depending on the level of the risk the manufacture or an independent organisation, so called notified body, would assess the conformity of the products.

In an effort to ensure the traceability proposed regulations require manufacturers and importers that their products must fit with a unique device identification device (UDI). They also must register themselves and the devices they market in the EU in the central European database. The manufacturers and importers must be also able to identify to whom they supplied the device and who have supplied it to them. They would be required to use a new EU portal for reporting serious incidents and actions they took to prevent recurrence.

The proposal also suggests strengthening the power of notified bodies and enabling them to carry out unannounced factory inspections and perform physical and laboratory testing on devices. These notified bodies would be nominated and monitored by member states. However the corresponding decisions would be conjoint assessment by experts from the country which nominated the notified body, other countries and the Europe Commission. The draft also proposes to create a coordination group for medical devices, which would consist of representatives from each country.  Among other things this group would examine the assessment made by notified bodies before placing high-risk devices on the market.

The existing European data bank on medical devices (Eudamed) would have additional functions related to the UDI system, to the registration of devices and economic operators, to market surveillance and vigilance with the relevant certificates and clinical trials. The intention is also to publish any non-confidential information.

Reservations of the Czech Republic

However the new rules are supported by EU member states, some of them have partial objections, among them the Czech Republic. The Czech Republic does not support the possibility of reusing medical devices intended for single use (reprocessing). Czechs consider that the producers have good reason to mark their products for single use, for example if it is made of material difficult to re-sterilize. There have been also arguments that technical documentation is part of the intellectual property and should not be publicly available. According the Czech Republic the proposed system does not permit sufficient control. Confusing is also fact that the member states could either allow or prohibit disclosure of renewed medical devices for single use. The Czech Republic is also questioning the economic benefits of restoring medical devices. On the contrary there is an opinion that the control, supervision and health cost caused by inadequate renewed medical devices would require far more finances.

Another objection concerns the chapter which describes the identification and traceability of medical devices or European data bank for medical devices. According to the Czechs the proposal contains many irregularities, e.g. in connectedness of electronic registration system with national registers, identification of common language for implementing central registration or qualifying who would be responsible for the accuracy of entered data. The Czech Republic supports leaving the registration at the national level and transferring validated data to central European database.

Czechs also repeatedly criticized the so-called experts’ panel. It is thought that it would prolong the process of getting medical devices on the market. The proposal does not solve the situation when the products already assessed by experts and placed on the market are find as not safe. Moreover, the opinion of experts would particularly mean acceptance of responsibility of notified bodies which should already have the adequate knowledge and personnel. The Czech Republic supports the compromise approach whereby a panel of experts could intervene on ad hoc innovative implantable medical devices or in case where there is a lack of assessments made by notified body. Czechs suggest that this panel of experts should have just an advisory effect.

As far as it concerns alcohol, the Czech Republic supports the efforts of member states and the EU to develop a new strategy and the relevant Action Plan. Czechs belong among the countries with the highest alcohol consumption per person. Alcohol intake in Czech is stable, approximately 10 litters of clear alcohol per person per year, including children. That is one of the reason why the Czech Republic wishes that new strategy would aimed solely to alcohol and wouldn’t be included in broad policies, such as policy focusing on solving chronic non-infectious diseases.

The European Parliament adopted 29. April 2015 a resolution postulating the European Commission to submit a new EU alcohol strategy for the period 2016-2022. Rather surprising was announcement of the commissioner of health and food safety Vytenis Andriukaitis who has joined the idea that creating new separate alcohol strategy is not necessary. He has agreed that measures to reduce the harm caused by alcohol will be included in the general policy for dealing with chronic non-infectious diseases.

More than 20 non-governmental and non-profit organisations expressed their concerns in the letter which they sent to the commissioner. To demonstrate the protest with missing intention of EU to make a new EU alcohol policy they have step out from EU forum for alcohol and health.

About the third discussed headline – problems migration healthcare – we will bring the details in the next article.

EPSCO meeting is being held four times a year; the next one should take place in October 2015. 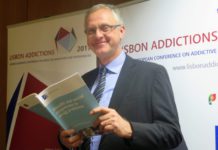 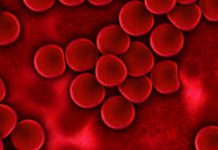 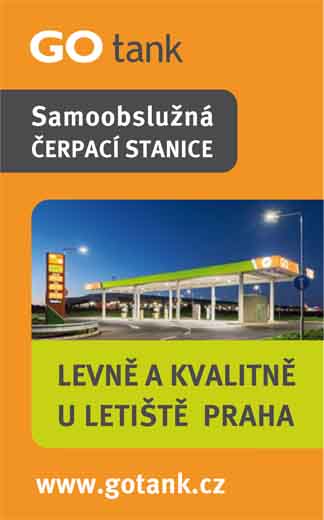